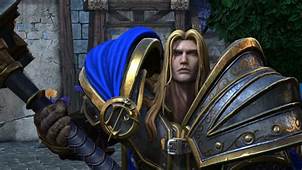 Warcraft 3 Reforged is a reimagining of Blizzard’s groundbreaking Real-Time Strategy game . Combining the original version of Warcraft III: Reign of Chaos with the expansion of The Frozen Throne , Warcraft 3 Reforged brings back an important period of the Warcraft saga. This game is also expected to relive all the epic moments in Azeroth’s history.

Note: these are the Warcraft 3 reforged cheats.

Warcraft 3 Reforged comes with a strong single-player storyline and includes seven different campaigns . In addition, Blizzard has also done a very thorough graphic and sound overhaul. For social features, there will be new matchmaking through the Battle.net service and changes to the World Editor to strengthen the creation of the community.

Players will revisit the epic story of Warcraft 3 in Reforged . More than 60 missions will provide experiences from the point of view of four factions — the powerful Orcs, the human warrior souls, the ancient Night Elves, and the dangerous Undead. Players can witness important moments in the history of the game. From the invasion of the Burning Legion to the rise of the Lich King, and the origins of every iconic character from Warcraft such as Thrall, Jaina Proudmoore, Sylvanas Windrunner, Illidan Stormrage, and others. 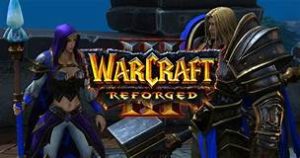 “Our biggest goal with Warcraft 3 Reforged is to make the game more modern while keeping everything that players love. We hope everyone agrees that this is the right move, “said J. Allen Brack, president of Blizzard Entertainment.