We explain step by step what you must do to find and get the legendary Pokemon Giratina (in Modified and Origin form) in Arceus Pokémon Legends.

Giratina is one of the fourth-generation Legendary Pokémon that are present in Pokémon Legends: Arceus, available to capture and register in Hisui’s Pokédex, and one of the most difficult to obtain. This Ghost and Dragon-type creature can only be caught in the post-game of the title and has a unique method of obtaining it if we want to get hold of it.

Next, in this entry of our complete guide, we will show you all the requirements and steps to follow to find and capture Giratina (its Modified form and Origin form) in Arceus Pokémon Legends.

Prerequisites to be able to get Giratina 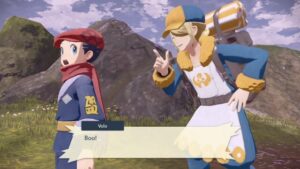 To capture Giratina in Arceus Pokémon Legends, you must previously know several important notes about this legend and the requirements to meet to find it in Hisui.

So, let’s go step by step: after you’ve seen the game’s credits, after completing quest #18, also complete quest #19, so you can talk to Volo at the base of the Meadow hill Obsidian to start the 20th quest. During it, you can activate several new quests in your diary related to the tables you still need to get.

Complete all of these new quests to unlock quest #26, “In Search of the Rest of the Tablets,” and get ready to complete it. Get ready because things are going to get rough … The following contains spoilers for the game.

How to defeat Volo and Giratina?

In mission no. 26, you will have to return to the top of Mount Corona, although Metis will first ask you to bring her three pieces of Wood material to her dwelling in the Hidden Village. You can find them, for example, by exploring the areas of Hill of Longing or Path of the Deer (in Obsidian Meadow), Stage Arena (in Crimson Swamp), or Glacier Terrace (in Dawn Tundra).

After delivering the three woods to Metis, you can now travel to the top of Mount Corona to battle Volo and his Pokémon team, which is made up of the following 6 Pokémon : 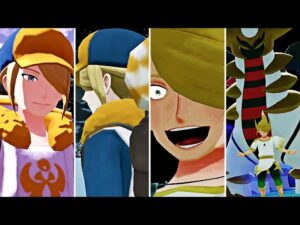 We recommend that you reach this point in the game with a mighty team at the height of the opponent and that you have high levels of effort achieved. Above all, remember to use the moves and types that are super effective, carry enough potions, and revives of the best quality possible.

This is undoubtedly the most challenging moment of the entire adventure, and it will demand the best of you. As an additional tip, remember that you can save the game before starting the fight if you are defeated.

The fight against Volo is tough, but it doesn’t end there because as soon as you beat him, Giratina will immediately appear in Modified form to fight against your Pokémon (and they will be exactly as you left them after beating Volo).

As soon as you lower all Modified Giratina’s HP to zero, the Pokémon will change to its Origin form, and the fight will not end. Yes, things get complicated because Giratina recovers all its health and your Pokémon continue as they have reached this point.

With some skill, if your Pokémon are more robust and have made it this far in good condition, you can defeat Giratina. This part of the story still can not be captured. On the contrary, if at any point in the battle against Giratina you are defeated, you will have to start over fighting Volo. Cheer up!

How to capture Giratina? 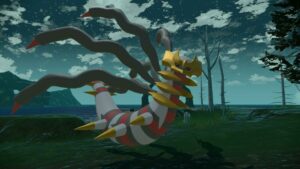 When you finish quest #26, after defeating Volo and Giratina on top of Mount Corona, you will get the Azure Flute, with which you can now aim to catch Arceus. However, we still have to capture Giratina.

To enter the Return Cave, you must use Hisui ‘s Sneasler or Braviary mounts since it is located inside a vast crater that must be avoided. Inside the cave, Giratina forms Origin at level 70. Save the game before starting the fight against him in case you accidentally defeat him (and disable the automatic save).

For the rest, the difficulties will no longer be a problem. The moment you start the fight, all that’s left for you is to capture the Pokémon, preferably with an Ultra Ball. It is recommended to reduce its HP as much as possible to be more likely to succeed in the capture.

How to change Giratina’s forms?

In case you have doubts, we will tell you how you can change Giratina’s Modified and Origin forms. You simply need to use the Great Greysphere essential item on the Pokemon. You got this item automatically by capturing Giratina in request no. 91, so it couldn’t be easier.