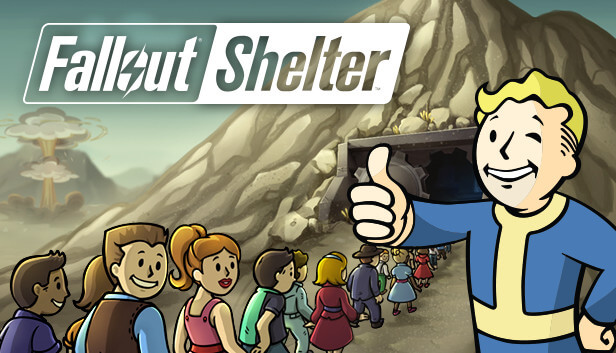 The Fallout Shelter game hit the App Store for iPhone and iPad on June 15. Back in the day, we already did an in-depth analysis of this game that was so entertaining that, at first, it was only available for iOS. However, it’s now also available for Android devices. Today we bring you a series of Fallout Shelter tips and tricks that will be very useful if you want to survive in your Vault-Tec shelter.

In Fallout Shelter, a game developed by Bethesda, the main objective is to build and manage your Vault-Tec shelter for humanity to survive. Among your tasks is to control the inhabitants arriving at the shelter and assign them specific tasks, so everything goes well.

Little by little, you will see how your shelter will grow in the number of rooms and population, which can complicate managing the amount of energy, water and food. Therefore, we invite you to continue reading to learn some tricks to get the most out of Fallout Shelter. Let’s go there!

Fallout Shelter Tips and tricks to survive in your shelter!

In the beginning, it is difficult to have everything in order, so it is best to focus on essential resources like in any other strategy game. In Fallout Shelter, the primary resources are energy, water, and food, so focus on building power generators, restaurants, and water treatment plants. Start slowly and with good lyrics. Don’t endlessly build and collect dwellers like there’s no tomorrow because the more you have, the more energy and food you’ll need. In addition, if the inhabitants are short of water and food, they will not be happy, perform worse, and even die.

If you want to increase the number of resources, you must build more rooms or use the “express” mode, although, with this second, you run the risk of incidents. Building two or three of the same rooms in a row will join together, making them much larger, which translates into better production. On the other hand, you can improve the rooms to increase their production.

In Fallout Shelter, you have several “missions” or tasks that are not strictly necessary, but if you get them, you can get chests with prizes or Nuka-Cola badges, the payment currency in the shelter.

5. Explore the outside of the shelter

You can send one or more dwellers to explore the outside, which is called the Wasteland. In this way, they can find badges, weapons, and special suits, but be careful; if you send them without equipping them, without medicines or weapons, they can die trying, especially if they are away for many hours. Don’t worry because you can revive them in exchange for a few caps.

In Fallout Shelter, strategy plays a significant role. At first glance, it may seem like an easy game, but nothing could be further from the truth because if you don’t know how to manage it properly, everything will go down the drain. For example, do not put pregnant women with very powerful weapons because when there is an attack, they will run away.

Another thing you can do later in the game, and you can build gyms or libraries is to put several dwellers there during the night, for example. This way, they will increase their SPECIAL levels and be more efficient when you send them to generate energy, water, or food.

Download Fallout Shelter on the AppStore and Google Play