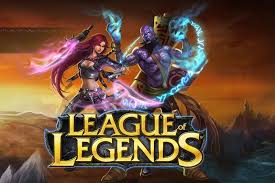 League of Legends is a very popular game among the young’s. It contains four main maps or “Fields of Justice“, each with different terrains, objectives, gameplay, game modes, and victory conditions, as well as several “objects” and “summoner spells. In this article, we will tell you about the league of legends maps and game modes.

Each team must defend its own structures and destroy the structures of the other team. These include:

In League of legends game, some objectives are “neutral”, which means that they will not attack the champions who pass by, but the champions can choose to fight with them if they wish to get a reward in exchange for having to fight for it. Include:

Many of the details have changed over time; League of Legends is not a static game since the mechanics have been changing since its launch in 2009. For example, the Crack Herald was added in 2016 and its skills relaunched in 2017; Dragons gave gold instead of bonuses from 2009 to 2014, and dragons only became elemental dragons in 2016; jungle monsters have been added and readjusted; the time it took for the inhibitors to reappear was 4 minutes instead of 5 minutes for a while; Baron Nashor gave a stronger advantage to the statistics of the champions, but not bonuses to the subjects from 2009 to 2014; and so.

The game League of legends can currently be played in the following modes; 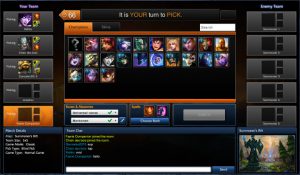 Champion and their positions

In LEAGUE OF LEGENDS, each champion (game character) has skills and characteristics and classes defined by the game, as in a role-playing game. There are six kinds of champions:

A champion can have more than one role, in order to complement his team and although each champion already has his predefined role, depending on his characteristics they can be used in different game positions.

The game positions are the lane that a player with his champion will go to. In The Summoner’s Rift, the most common scenario, the positions are:

The characteristics of each champion:

In LEAGUE OF LEGENDS gold is unique in the game and is used to buy items. The objects have names and symbolic forms to remember them easily. They can be objects of passive (constant) effect, consumables or assets, which affect the characteristics of the champion.

Each champion has his own abilities, which are usually activated by default with the keys Q, W, E, and R, (Although these can be modified to be on the player’s preferred keys), the latter being called the “definitive ability”, usually being the most powerful or the most characteristic of a champion. Each skill has its own dynamics, but they usually spend mana, after being used they have a cooling period (a time that must elapse before they can be used again) and among them, the improvement points are distributed, which are earned when the champion goes up of level.

Similar to abilities, there are summoner spells that are activated with the D and F keys, two spells that you select before the game starts. These spells do not spend mana, but have a longer cooling period: 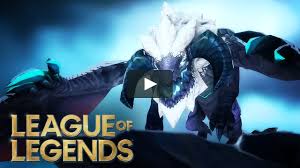 Points purchased from Riot Games with microtransactions. With them, aspects are acquired to customize the champions (including chromes which are change color on the same appearance of the champion), aspects for sentries, summoner icons, and are used to give any of the things mentioned to another player. Your online purchase is one of the safest in the world that you have to put password every time you use debit, credit or PayPal.

Points earned by earning capsules when leveling up. With them, you can unlock champions, the level of expertise that shows how much a person has played with that champion, special gestures, and icons when there is an event.

During the eighth pre-season, the old rune and master system was replaced by a new system of free reinforced runes. In this new system, the runes are additional benefits to which you have access to define the style of play according to the selected champion and role, they are classified in five different paths: Accuracy (improved attacks and sustained damage), Domination (burst damage and target access), Witchcraft (enhanced skills and resource manipulation), Value (durability and mass control) and Inspiration (creative tools and breaking the rules).

To build a rune page, you must select two of these five paths: one main and one secondary. The main path enhances the champion’s statistics in addition to granting small effects for the benefit of the player, this path consists of four spaces for four different runes. The most powerful rune on this path and the one with the most weight during the game is called Key Rune.

The secondary path is useful for defining early goals and balancing some weaknesses in the strategy: this path consists of two spaces in which two different runes can be selected, with the only condition that none is a Key Rune. Each player has access to five pages of default runes plus two customizable ones.

In a patch released in 2018, they added a new path for runes (called extra runes) that gives a little more damage and attack speed to a little more stamina (armor and/or magic resistance).