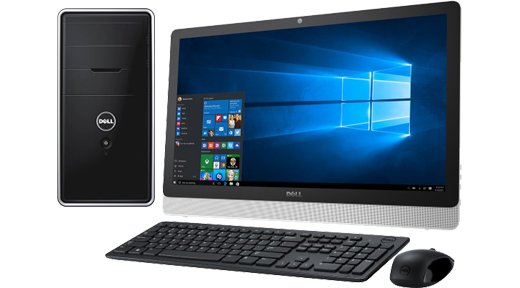 Computer and its parts

This article is in simple English and very easy to understand and learn for students. Firstly we have to know what is a computer before studying its accessories like inputs and outputs. It’s a very wide chapter that what is computer and it’s software and hardware. So in this chapter, we will tell you about the computer and its parts. So first starting from its definition.

A computer is an electronic machine that can be instructed (ordered) to carry out sequences of arithmetic or logical operations automatically via computer programming.

A computer is derived from a Latin term which means to calculate or programmable machine. A computer is an electronic device that is designed or made to work with information.

A computer is a programmable machine that is both digital and electronic. The instructions and data are software and the actual machinery is hardware.

A computer is a device for storing, processing, and displaying information.

A computer is used as control systems for a wide variety of industrial and consumer devices. It includes simple and special purpose devices like remote controls and microwave ovens, factory devices such as computer-aided design and industrial robots, and also general-purpose devices like mobile devices and personal computers. The Internet is run on computers and it connects hundreds of millions of other computers and their users.

An English mechanical engineer and polymath Charles Babbage originated the concept of a programmable computer. He is called the father of the computer. In the early 19th century he invented the first mechanical computer. After working on his revolutionary difference engine, designed to aid in navigational calculations, in 1833 he realized that much more general design, an Analytical Engine, was possible. 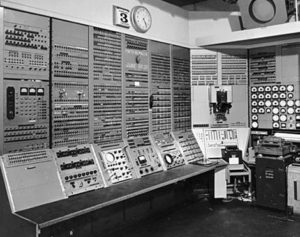 Then in the first half of the 20th century, many scientific computing needs were met by increasingly sophisticated analog computers, which used a direct electrical or mechanical model of the problem as a basis for computation. However, these were not programmable and generally lacked the accuracy and versatility of modern digital computers.

The United States Navy in 1938 had developed an electromechanical analog computer small enough to use aboard a submarine. This was the Torpedo Data Computer, which used trigonometry to solve the problem of firing a torpedo at a moving target. However, during world war, 2 similar devices are made by many other countries. Early digital computers were electromechanical; electric switches drove mechanical relays to perform the calculation. And their speed is quite slow.

The principle and concept of modern computers were proposed by Alan Turing in his seminal 1936 paper, on Computable numbers. He proposed a simple device that he called “Universal Computing machine” which is now known as a universal Turing machine. He proved that such a machine is capable of computing anything that is computable by executing instructions (program) stored on tape, allowing the machine to be programmable. The fundamental principle of Turing’s design is the stored program, where all the instructions for computing are stored in memory.

The first mobile computer was very heavy and ran from mains power. The 50lb IBM 5100 was an early example. Then later portables such as the Compaq Portable and Osborne 1 were considerably lighter but still needed to be plugged in. The Grid Compass(first laptops), removed this requirement by incorporating batteries – and with the continued miniaturization of computing resources and advancements in portable battery life, portable computers grew in popularity in the 2000s. The same developments allowed manufacturers to integrate computing resources into cellular mobile phones by the early 2000s. 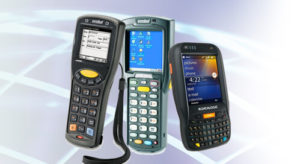 Recently smartphones and tablets became the dominant computing device on the market which run on a variety of operating systems. And these are powered by the system on a chip(Socs) which are complete computers on a microchip the size of a coin.

Devices that are required to store, execute and run the software.

Hardware is a device(such as a hard drive) that is physically connected to the computer.

A computer would not function, and software would have nothing to run on, without hardware. Hardware and software interact with one another and software tell hardware which tasks it needs to be performed. Hardware serves as the delivery system for software solutions.

Hardware is a physical device that is physically connected to the computer or something that can be physically touched or see (A CD-ROM, video card, computer display monitor and printer, etc). The mouse used to navigate a website or the computer monitor used to view this text is considered computer hardware.

The hardware of a computer is infrequently changed, in comparison with software and data, which are “soft” in the sense that they are readily created, or erased modified on the computer. It also serves as the delivery system for software solutions.

A collection of instructions that enables a person to interact with the computer.

Software is used to describe a collection of computer procedures, programs,  and documentation that performs some task on a computer system.

Software is a program that enables a computer to perform a specific task, as opposed to the physical components of the system.

Computer systems divide software systems into three major classes such as programming software, system software and application software, although the distinction is arbitrary and often blurred. Software is typically programmed with a user-friendly interface that allows us to interact more efficiently with a computer system.

Software is a program such as a web browser or an operating system, that is able to instruct a computer’s hardware to perform a specific task. The software has no physical shape, unlike hardware. It has three types of application software, programming software, system software.

To perform the specific task you need to complete. The software performs a specific task by giving an ordered set of programmatic instructions to hardware. Software is generally not needed for the hardware to perform its basic level tasks such as turning on and responding to input.

An input device sends information to a computer system for processing.

The following are examples of input devices.

Microphone – Receives sound generated by an input source, and sends that sound to a computer.

Mouse and Keyboard – Accepts input from a user and sends that data to the computer. 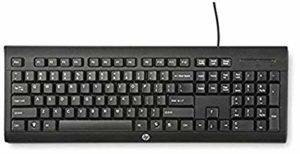 Webcam – Receives images generated by whatever it is pointed at and sends those images to a computer.

The data entered by input devices in the computer are processed and after processing an output device reproduces or displays the results of that processing.

Projector – Receives data from a computer and displays, or projects, that information as text and images onto a surface, like a wall or a screen. But it cannot accept data from a user and send that data to another device.

Monitor – Receives data from a computer and displays that information as text and images for users to view. But it cannot accept data from a user and send that data to another device. 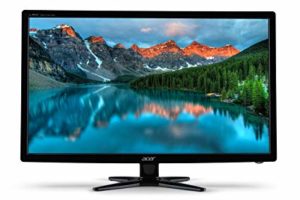 Speakers – Receives sound data from a computer and plays the sounds for users to hear. It cannot accept sound generated by users and send that sound to another device.

The following are the examples of things which are input devices as well as output devices.

DVD-RW drive CD-RW DRIVE – Receives data from a computer, to copy onto a writable CD or DVD. Also, the drive sends data contained on a CD or DVD to a computer.

USB flash drive – Receives or saves, data from a computer(input). Also, the drive sends data to a computer or another device (output).